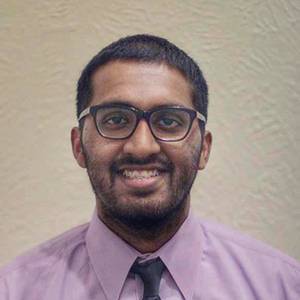 JAMP provided the contacts and the structure through which I could learn from the best and most helpful doctors and doctors-in-training. From M.D. Anderson to county HIV clinics, I saw firsthand the real encounters physicians have on a daily basis.

How has JAMP helped you as you strive to achieve your goal of becoming a doctor?
JAMP has provided support, both invisible and tangible, throughout my years in the program. The very idea of assured acceptance provided comfort, especially as medical school admission becomes increasingly more difficult. At the same time, JAMP’s academic scholarships and summer internships gave me direct access to invaluable resources. This program has allowed me to refocus my attention on developing a vision for medicine instead of on the obstacles impeding me.

What advice would you like to offer current or future JAMP students?
Take advantage of all resources during the summer internships: your peers, mentors, physicians, libraries, gyms, whatever! If you are committed to a career in medicine, understand what that goal entails. Then, get after it.

What aspect of JAMP has been most beneficial to you (e.g. scholarships, mentorship, etc.)?
If there was any resource that I previously imagined was impossible for me to access in the world of healthcare, it was the opportunity to shadow physicians in hospitals. Sure, I could persuade my local pediatrician to endure me for a few days. But such an experience could only provide a very limited scope of a vast field! Thankfully, JAMP provided the contacts and the structure through which I could learn from the best and most helpful doctors and doctors-in-training. From M.D. Anderson to county HIV clinics, I saw firsthand the real encounters physicians have on a daily basis.

About Justin:
Born in Irving to immigrant parents far removed from healthcare, I never thought about becoming a doctor. In fact, given my preference for computers over people, Justin Thomas would be the name of Apple's next CEO. Despite these early ambitions, I ended up attending SMU and majoring in psychology as a pre-med student. After a few JAMP summer internships and interviews, I matched to Texas Tech Paul L. Foster School of Medicine in September 2014.

Ultimately there were several reasons for me to become a physician. My oldest sister has Down syndrome and I have taken care of her from a young age. The complexity of the human condition appeals to me. And medicine is a profession in which I can best use my gifts and disposition to care for people.  But now, two weeks into medical school, every factor fits beautifully together. I recently went out into the community surrounding El Paso and felt a real need. This need is for far more than medical services. It is a yearning for someone who listens, who allays fear, who can be trusted. My job these next four years is to become that person.