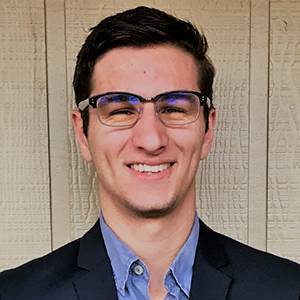 From the very beginning of my involvement in JAMP, it was clear to me that this was more than just a program to help me financially throughout college; rather, JAMP has proved to be a program with the sole purpose of developing and empowering some of the most intelligent, motivated, and well-rounded future physicians Texas has ever seen.

How has JAMP helped you strive to achieve your goal of becoming a doctor?
Before starting college, I harbored feelings of uncertainty about my future as a physician and doubted whether or not I could act out my desire. These feelings were amplified as I dove into the vast unknown called the public school system – I had been home schooled all of my life – and swam around in the craziness and busyness of the first semester, trying to stay afloat. I struggled not only academically, but also financially. The lifeline that was thrown to me went commonly by just a four letter acronym, but which stood behind it a multitude of caring, motivated men and women dedicated to seeing students like me succeed in medicine; of course, I am talking about JAMP.

From the very beginning of my involvement in JAMP, it was clear to me that this was more than just a program to help me financially throughout college; rather, JAMP has proved to be a program with the sole purpose of developing and empowering some of the most intelligent, motivated, and well-rounded future physicians Texas has ever seen. The connections which I have made through JAMP’s summer internships eased the interviewing process, effectively turning each interview into a fun reunion rather than a nerve-wracking, do-it-all-alone type of day.

On top of this, the focused preparation for medical school seemed to be a fundamental purpose of the internships, where we took medical school-level classes, shadowed physicians, participated in the discussion and practice of medical ethics, and most importantly, learned the importance of working as a team. Lastly, I have been given many opportunities throughout my time in JAMP to grow as a leader. Whether it was setting up study groups or making plans with a large group, learning how to listen to people and make informed, practical decisions, or simply developing the confidence required to be an effective leader, I have come out the other side more ready to take on the role of a physician.

What advice would you like to offer current or future JAMP students?
No matter the difficulty of what lies ahead, always keep your goal in mind; if you want this badly enough, you will obtain whatever you desire. Surround yourself with people who will guide you and motivate you towards becoming the best physician that you can be. Other than that, don’t forget to have fun! This journey is hard enough as it is – never forget to spend time making memories and forming bonds that will carry you during those tough times.

What aspect of JAMP has been most beneficial to you?
I would say the connections that I have made, not only with students from different schools, but even with some of my fellow classmates here at my university. Like I stated earlier, these connections have held invaluable benefits, one of those including making the interview trail easier. I did not attend a single interview where I did not already know at least half a dozen people, nor did I drive/stay by myself at most of them. Some of these connections have even developed into lasting friendships. Along with this, I already know several people with whom I will be attending medical school this fall. Without JAMP, this level of networking that spans just about every medical school in Texas would not be possible.